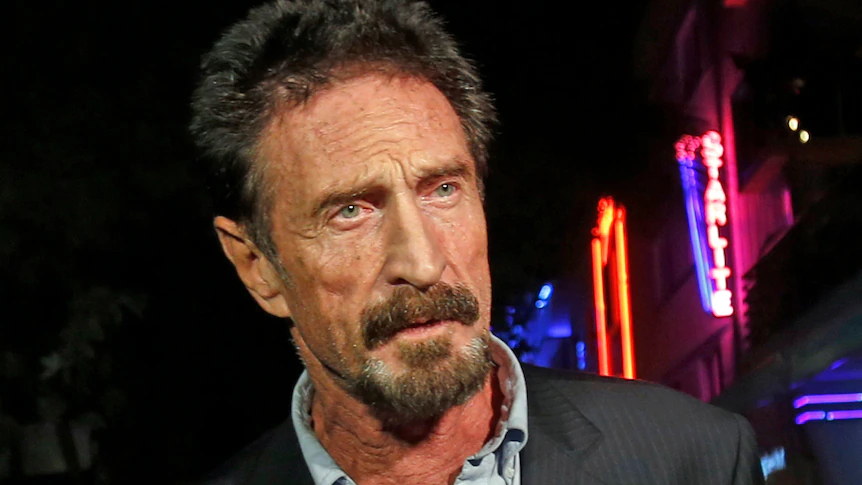 On June 23rd, 2021, John McAfee, the eccentric tech millionaire and founder of McAfee Antivirus Software, was found dead in a Spanish prison. He was being held there and awaiting extradition to the United States to face charges for tax evasion. Authorities claimed his death was suicide, but  his wife vehemently denied these claims and believed his suicide note was a forgery. Although we will likely never know for sure , activists in the liberty movement would be wise to take a moment to reflect on the first anniversary of his death.

For much of his life, McAfee was a vociferous advocate of various libertarian causes. He ran for president in 2016 on the Libertarian Party ticket, and his platform included ending the War on Drugs, a rollback of the United States’ military adventurism overseas, abolishing both the NSA and TSA, and a loosening of regulations on the economy to allow for greater growth.

He also was heavily involved in the promotion of cryptocurrency, and became the CEO of the blockchain startup Luxcore in August 2018. Additionally, he briefly resided off the coast of Cuba in a boat to evade the U.S. tax authorities, where he offered to help the Cuban government to develop a cryptocurrency so they could circumvent the U.S. trade embargo wrongly imposed on them. He also campaigned for the LP’s 2020 presidential nomination, which ultimately went to Jo Jorgenson.

In many ways, McAfee embodied the spirit of the libertarian movement; in addition to advocating the aforementioned positions, he lived his life the way he wanted, regardless of the “legalities” claimed by the government. He regularly enjoyed copious amounts of drugs and had a reputation for a promiscuous lifestyle. He was bold in his messaging and didn’t allow himself to be constrained by unjust restrictions being placed on him by society.

Many libertarians these days seek to appeal to the mainstream political establishment in their words and actions, a strategy that has failed to deliver meaningful results for the movement. McAfee’s unapologetic championing of libertarian principles and refusal to kowtow to the D.C. elite stands out, and today’s candidates and activists should take a lesson in that. With all the hurdles – even with mundane issues like ballot access – libertarians won’t get anywhere if they don’t take more risks. McAfee was bold, and we would be wise to be the same.

McAfee was also a critic of the U.S. government’s tax system: he contended that taxation is illegal, and in 2019, claimed that he hadn’t filed a tax return in eight years. Because of his refusal to let the government extort him of his money, he was forced to flee the country in January of the same year. When he was living on his boat, he also conducted his 2020 presidential campaign from it. When asked why he was running, he stated:

“My campaign platform contains one item: how do we free ourselves from a government that no longer serves us, but instead has become our master – controlling our every action, down to the detail of what we may or may not put into our bodies and minds…Our two party system created a voting process which is an illusion, and a government that fluctuates between two extremes – each extreme annulling any progress made by the opposition in the prior administration. It is a government that has gone insane. While we carry the burden of this government we are not free… so do not ask me about immigration, foreign relations, education [etcetera]. I have no idea. Those claiming that they do are lying to themselves, or if not, they are purposely lying to you. We must first be free. Freedom for The People is my only goal”.

On October 5th, 2020, at the request of the U.S. Department of Justice, McAfee was arrested in Spain for tax evasion, where he died just hours after his extradition was approved. However he met his end, he died for his principles, because he dared to stand up to the U.S. government and their draconian taxation policies. Even if most people will never end up in a dire situation as this, it is clear that we need more brave, unapologetic souls to take on the corrupt nature of the government we have now. . McAfee risked his life to stand up for freedom and liberty despite being hunted by the U.S. government for his last remaining years alive.

Libertarians, if we band together, would not need to be so concerned with being canceled by the mob for standing up for what we know to be right. McAfee fought for the freedom of the citizens of the United States with bold and unapologetic messaging, and stood by his principles even in the face of persecution, and we can too – albeit at a smaller scale than McAfee individually, and attract more to the cause. Perhaps, if we do this, the Libertarian Party will finally grow strong enough to compete against the Two Evils at the national level.