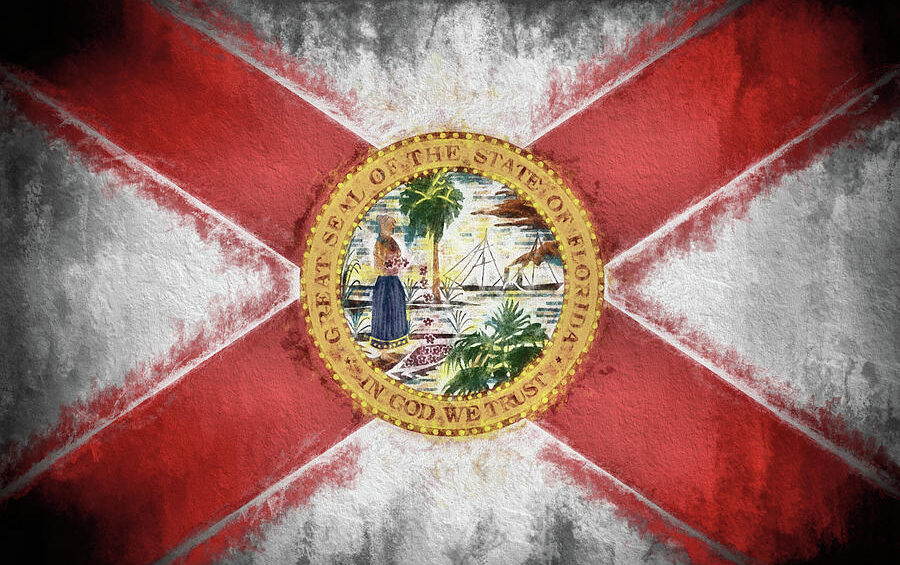 There comes a time in the course of human history when political systems, having failed to uphold the responsibilities and limitations given to them by their creators, and having exceeded those by such a margin as to violate the innate rights of those under such system, should and must be dissolved for the general benefit and justice of all those under its influence.

Such is the case regarding the federal government of the United States of America, and especially in regards to its relation to the State of Florida. For, contrary to what is generally taught in the American school system, the forming of the United States of America through creation of its Constitution did not create a top-down federal government in which the States were made subordinate to its whims. In fact, ratification of the constitution only occurred after several of its signers were reassured of this. The concern was so high from delegates of certain States, including New York, that the 10th amendment was added to clearly define the powers of the federal government and leave all others to the states.

The Constitution, being a voluntary compact of the States, where each State in the union was party to the Constitution of its own accord, allows for States to nullify acts of congress or leave the union at any time, was understood to be true by not only the founding fathers but also by those in the generations prior to the southern state secession of the 1860s. Dissenting groups in the North such as the Essex Junto in 1803 and the Hartford Convention in 1814 both supported secession of Northern states far in advance of the civil war. The members of the Hartford Convention made this clear when they declared “in cases of palpable infractions of the Constitution, affecting the sovereignty of a State, and liberties of the people; it is not only the right but the duty of such a State to interpose its authority for their protection, in the manner best calculated to secure that end”. Not until the civil war did the idea of secession become taboo and it made clear, by those in positions of power and influence, that the United States was “one nation under God, indivisible” and not a voluntary contract between sovereign States to benefit each in matters of commerce and defense, etc., while recognizing each State’s right of self-governance.

Let’s turn now as to why, over 150 years later, we should open our minds to founding principles of self-government, and recognize, as the founding generation did, the sovereign nature of the States and their subsequent right to separate from the union when it no longer benefits the welfare and liberties of their people. The cultural makeup of modern America, and the differences in values, beliefs and practices between many of the States is so great as to cause continual strife among both their people and legislators, and to every two, four and six years create a battle over whose ideas will win out and yield congressional and executive power to implement those ideas over the other. Constitutional delegate from New York Robert Yates foresaw this problem in 1787 when he observed that “In a republic, the manners, sentiments, and interests of the people should be similar. If this is not the case, there will be a constant clashing of opinions; and the representatives of one part will be continually striving against those of the other”.

245 years after the revolutionary war and 232 years after the ratification of the constitution, Americans are more divided than ever before. The political spectrum is wide and contentious, with many on the left and on the right hating each other, with no real understanding of their views or will to collaborate and work together. Politics in the U.S. has become a pendulum where every few years we swing more to the left or right with the result being only more division. This is exacerbated by the power that the federal government, and especially the executive branch, now hold due to both the size and scope of government, as well as the relinquishing of duties by both the U.S. Congress and the States themselves. Increasingly, congress is too timid to perform duties such as  declaring war or balancing the budget, and merely acts as the support and funding arm of the executive branch, which has found it can wield the power of the pen to pass executive edicts at its whim and implement its chosen programs through congress or unelected bureaucratic agencies if need be. Congressmen are more apt to serve lobbyists and donors before their constituents, and most lack principles or lose them when they enter office.

After the last year and a half, it should be clear to most people that federal government overreach is no longer an abstraction pointed to by far right conspiracists. When people can be forced home, businesses closed, economies halted, and personal health decisions tied to employment at the whim of one man, the people have given up far too much power. It doesn’t have to be this way. If people in a certain State feel one way about government and the people of their neighboring State feels otherwise, each should not be made to impose those views on the other. Each State is entitled by its own sovereignty to govern itself how it sees fit, by such local means which give people more influence over those that represent them. It is time to end this eternal fighting over control and come together as Floridians first, to do what’s best for each other and our posterity.

To this end, a group of individuals from across the State of Florida have formed the Flexit political committee to bring awareness to the issue of State sovereignty and the right of the State of Florida and other States to peacefully exit the union of the United States of America and ultimately to pass, by referendum of the people, the following amendment to the State Constitution of Florida:

Article I Section 26. Union with the States of the United States of America.

The State of Florida is a free, sovereign, and independent State. The foundational principle that guided the several States of America to declare independence from the State of Great Britain is that government derives its just powers solely from the consent of the governed and that it is the right of the people to alter or abolish their government. The people may institute new government, laying its foundation on such principles, and organizing its powers in such form, as to them shall seem most likely to affect their safety and happiness. Therefore, it is the right of the people of the State of Florida, via referendum or through their elected representatives, to withdraw their consent to the present union among the State of Florida and the other States of the United States of America and to establish itself as a republic independent of such States and of the United States of America, possessing all the rights and privileges of a sovereign State.

To learn more about the Flexit organization and to get involved, please visit our Facebook page Flexit or email myself personally at [email protected].

Regards and with Liberty,