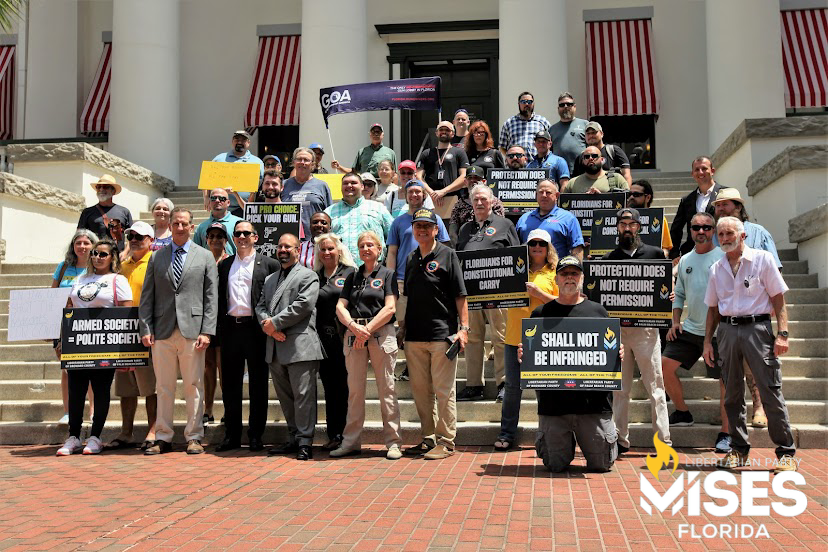 Organized by Florida Carry, Inc., and the Gun Owners of America, more than fifty gun rights advocates wearing empty holsters showed up at the State Capital today. They were there to pressure Florida State Representatives and Governor DeSantis to vote for a bill making Florida a “Constitutional Carry” state.

State Rep. Anthony Sabatini, R-Howey-in-the-Hills, has filed this bill twice before, and both times was defeated. He called on his colleagues to do better this year. He stated, “We need them to change their tune to fix this travesty by passing constitutional carry, and also repealing the red flag laws here in the state of Florida.”

According to US LawShield, “ ’Constitutional carry’ is a broad term that is applied to states that do not require a license or permit to carry a handgun.” Libertarians believe that if the 2nd Amendment was strictly interpreted, it would be unconstitutional to institute any infringement on owning a gun. A Constitutional Carry law would go a long way towards undoing many restrictive gun ownership laws currently on the books.

The Libertarian Party of Florida was well represented at the rally by sign-carrying members of the LPF Mises Caucus, who drove from as far away as Broward County to attend.