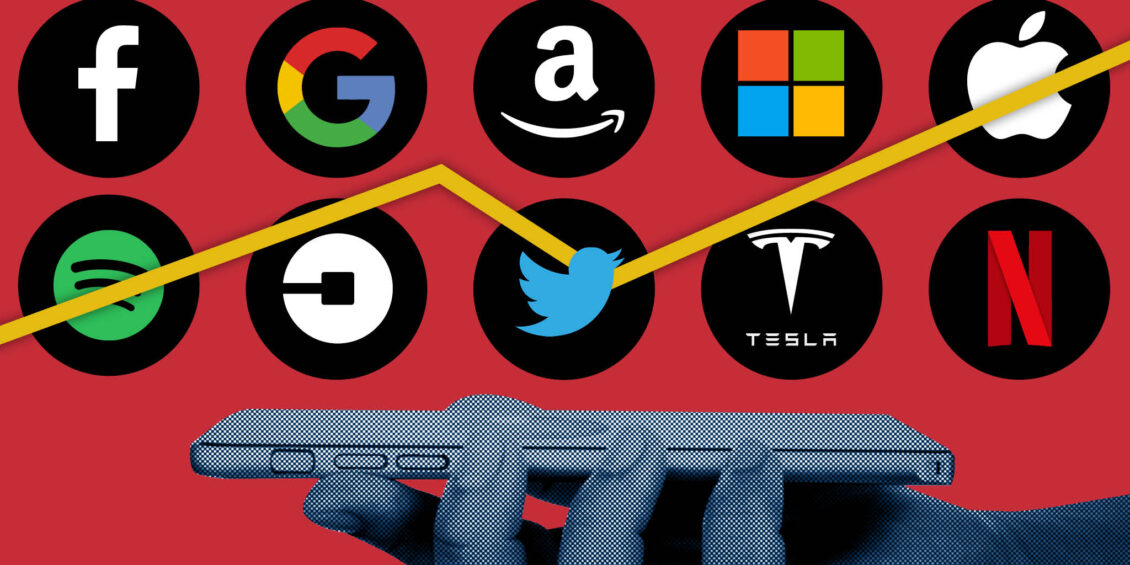 By The Duke Of Tumwater

One of the great ironies of the current age is when leftists use “libertarian rhetoric” to defend property rights of large megacorporations like Google, Facebook, and Twitter. Whenever people complain about these companies being heavy-handed or biased in their moderation, leftists will respond with the tired, overused phrase: “They’re private companies, so they can censor whoever they want.”

Only a few years ago, this very same phrase was blatantly unacceptable to them when used to defend the rights of Christian bakers who chose not to  violate their religious principles by baking cakes for gay weddings, and instead choosing to decline the business. Conversely, when leftists use this argument to defend the right of Big Tech companies to have a bias in favor of left-wing and liberal content, conservatives (particularly those in the pro-Trump/populist camp) react by arguing that the government must step in and rectify this problem.

Because of the sneaky, illegitimate arguments that leftists employ, some libertarians might unfortunately be tricked into agreeing with them on this issue. This is understandable to a degree, because libertarians maintain that property rights are sacrosanct;  however, to defend these defenders of Big Tech companies on the grounds that they are private entities is a flawed, blue-pilled perspective that fails to take into account how intertwined Big Tech is with the leftist-infiltrated corporate press and the Democratic National Committee (DNC).

Most Big Tech companies have raked in massive government subsidies. As of July 2018, Amazon, Tesla, Apple, Google, and Facebook received a combined total of $6.29 billion in subsidies. That’s $6.29 billion worth of U.S. citizen tax dollars that were taken by the government and redistributed to these companies. If you count the additional $2.5 billion that Amazon later received from New York and Virginia, that brings the total to $8.79 billion. This runs contrary to the free-market principles that libertarianism demands, and  the government gives them unfair advantages in the form of corporate welfare.

In our earlier  example of the Christian baker, imagine for a second that there were only a few massive baking conglomerates, all of which happened to be Christian that were propped up via similar Big Tech subsidies, thereby allowing them to choke out the competition. When they refuse to cater to gay weddings, using government resources to discriminate against a segment of the population, they completely shut them out of the market. This is happening with Big Tech, which is allowed – and perhaps encouraged – to censor those with dissident political views.

If more evidence is needed, these companies often receive more government aid than simple subsidies. Germany passed a law banning online “hate speech,” and Facebook quickly complied, deleting hundreds of posts that contained “offensive content.” Facebook also put together a dedicated team of 65 members specifically for handling complaints related to the new law. Under the threat of being fined 50 million euros (or $58 million) for noncompliance, Facebook helped the German authorities crack down on free expression. Going back to the United States, last year, Jen Psaki, then-White House press secretary, stated that the Biden administration was pressuring Facebook to ban 12 specific “anti-vaccine” accounts and crack down on COVID-19-related “misinformation” more strongly.

Big Tech social media companies are constantly pressured by world governments to restrict speech that they find runs contrary to their agendas. When one considers the billions of dollars in subsidies that have been granted to these corporations, it’s not hard to imagine the possibility that these are some of the strings that come attached. Even if it’s not necessarily a quid pro quo scenario, what these censorious actions still amount to is funneling government dollars collected from the citizenry to Big Tech, which then use those resources at their disposal to circumvent the First Amendment. That they are seen as private companies gives them plausible deniability for their actions, as people are less likely to be up in arms about corporate censorship as they are government censorship.

So what does this all mean for libertarians? As has been demonstrated by this article, both the standard left/liberal and right-wing/conservative arguments surrounding this issue are wrong. Because these companies are so intertwined with the government, they cannot be considered truly private entities. And because they are so intertwined with the government and acting on its behest, it does not follow that the government needs to get involved to rectify this issue; rather, it should be removed from the equation. As Murray Rothbard elucidated, any nominally private institution should be considered a government entity if it receives 50% of its revenue from there, is complicit in government crimes, or both. One of the cornerstones of libertarian thought is that government mandates which restrict or compel speech are innately immoral, and this also applies to when governments use private entities to carry out their orders. It’s high time that libertarians woke up to the reality of the situation and stopped being useful idiots for Big Tech companies who work hand-in-hand with the government to circumvent the First Amendment while sucking up tax dollars from productive citizens. These companies are not allies or champions of capitalism, but rather enemies benefiting from cronyism. The proper libertarian solution to this problem would be to attach stipulations to the subsidies that they receive that state that Big Tech platforms shall be bound by the First Amendment on threat of having them revoked if they choose not to be. If these corporations want to censor, they better not be doing it on the taxpayer’s dime.